When Shoulder Pain Is Not From The Shoulder

By : NCampos on : January 21, 2021 comments : (Comments Off on When Shoulder Pain Is Not From The Shoulder) 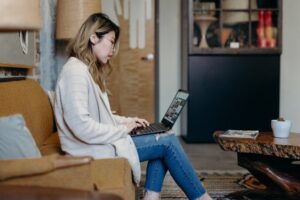 Sometimes the pain you feel comes from an area other than where it hurts. Sometimes the problem is caused by an adjacent tissue, and others times from a distant, seemingly unrelated structure. As a chiropractic doctor who works with people suffering from many kinds of pain, I am grateful when I can recreate a client’s symptoms by simply pressing into the affected area. That resolves one major question: From where does the pain come? Nothing is more frustrating for people than chasing pain – maybe it’s this, maybe it’s that – which can be costly and disheartening. Getting to the source of pain is thus crucial in helping people get out of pain and back to living their lives.

One such region of trickery is upper back scapular area – it is not uncommon for pain here to be persistent and elusive. I find that people who do a lot of computer work can develop an unrelenting backache at the shoulder blade region. These people often spend hours in front of screens, and the hunched forward posture, over time, creates an environment for unnatural curving (kyphosis) of both the upper-mid back (thoracic spine) and low back. Necks also take a beating from increased screen time. A forward-bent spine creates undue pressure on the muscles surrounding the spine, which have to work harder to hold the vertical position than if the spine is in its natural, upright curve. 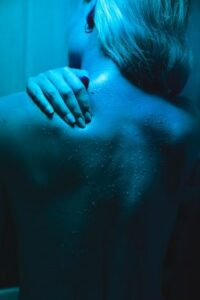 Because muscles and organs can refer and radiate pain, the increased pressure on the thoracic spine and its surrounding muscles could be the cause of pain that seems to originate at the back of the shoulder. This is one of the most common reasons people seek my care. First off, these folks usually try to wait out the pain, which is reasonable, because some pain does simply go away on its own. However, the condition I describe not only doesn’t improve over time, but its unrelenting nature makes it a bit maddening for the sufferer.

They will poke and prod themselves, roll on tennis balls, use mechanical massagers, or ask their partners to walk on their backs. None of which seems to help for very long. Over-the-counter medication like Tylenol or Ibuprofen do virtually nothing. Many of these people present with red marks and even some bruising along their scapula and trapezius muscle from all their poking and rubbing. For some, the pain is so persistent and irritating (primarily for lack of localizing) that they may call asking if I can send them for an MRI.

Usually I say, “Come in, let’s check you,” because more often than not it is something I can work out for them. Reality is that we might need radiology films after all, but we also might not. Excruciating pain or unusual symptoms would definitely warrant some sort of deeper investigation.

More than a decade ago, an elderly gentleman who was visiting Los Angeles from Palm Springs came to my office. A screen-writer, he was regularly traveled to Los Angeles where he would shop around his work. He was a large, tall and heavy-set man; he was in his seventies. He had upper back pain located in his left scapular region. Other than that, his symptoms sounded vague; for instance, he said he only felt the pain around the same time every night, at roughly 9 pm. When the pain would hit, he would feel very sharp and intense bursts, sometimes lasting for several minutes. He was certain he needed a chiropractic adjustment; the pain had led him to see a chiropractor in the past, and he said a good adjustment usually cleared it right up. 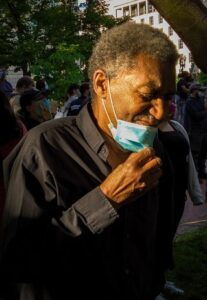 I can tell you his was an unusual presentation for what we call musculoskeletal pain; that is, pain from the joints, muscles, and nerves. I asked if he had any unusual symptoms, like shortness of breath. At first he said no, then he stopped, thought about it for a few seconds, and said, “Well yes, yesterday I was walking that steep hill on La Cienega up to Sunset Boulevard and I was out of breath…and come to think of it…I actually felt that same pain in my back.”

I said, “Sir, you are going to need to go to the ER right now. Would you like us to call you a cab?”

He was white as a ghost now and looked spooked, “What?! What do you mean? Why would I need to go to the ER? I have had this before and chiropractic did the trick.”

As calmly as I could, I replied, “Okay…let’s see.”

I approached the seated man and stepped behind him. I dropped the back of my Gonstead cervical chair, and began poking around his left upper back scapular region.  “Does this hurt?”

I moved my fingers to a new location an inch or two away, “Does this?”

Again I moved my fingers, pressed firmly. “This?”

Slowly and calmly, I said again, “Sir, this is not a chiropractic situation. You need to go to the ER right now. Would you like us to call you a cab?”

My office at the time was a stone’s throw from Cedars Sinai Medical Center, so he said no, he would walk.

That was a Saturday afternoon. On my return Tuesday, at the end of the day, I thought, “I’m going to give that man a call.” I rang his number, and to my surprise he answered.”

“Mr. Screenwriter, this is Dr. Nick Campos – checking in. How are you doing?”

“Oh Dr. Campos…I want to thank you, sir, for saving my life.” 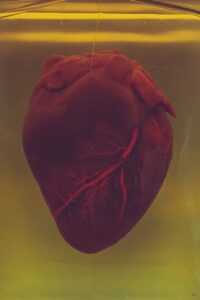 He said, “When I reached the ER, I started having that pain again…and, as it turns out, I was having a heart attack.”

“Yup, they said I was lucky. I really want to thank you for making me go to the hospital; you saved my life.”

“Well, no, the ER saved your life. But I am happy you are doing better.”

And we all lived happily ever after. But seriously, unrelenting upper back pain is often easily treatable by a chiropractor. If from the spine, then a good doctor will be able to localize the origin. Things aren’t always as they seem, though, and that’s why so many times upper back pain can be hard for the sufferer to find and address. So they poke, they prod, they roll, they knead, and they drive themselves batty trying to find the mystery pain.

If that is the type of upper back or shoulder pain you are experiencing, and you are in Los Angeles, Beverly Hills, West Hollywood, or even Palm Springs, then call me. I may be able to help you feel better with chiropractic care. If the pain is excruciating or you have unusual symptoms, you might want to contact your medical doctor or visit an ER. Excruciating upper back pain with unusual symptoms is not something to take lightly, men or women, especially if you are over fifty-years-old. But for most people with irritating upper back pain, a simple chiropractic visit might just do it. Call for an evaluation. 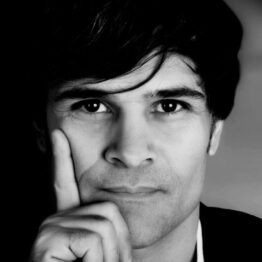